Blackpink‘s appeared a Japanese Version for their MV “BOOMBAYAH“!

After the success of Blackpink’s song “BOOMBAYAH“ in Korean version, The girls released a new Music Video in Japanese version for their song.

The Japanese MV’s shape is similar as the Korean MV but there is some different, where the girls show great confidence unlike to their debut. 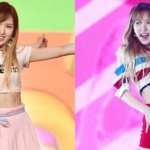 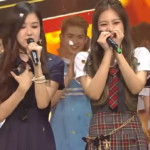