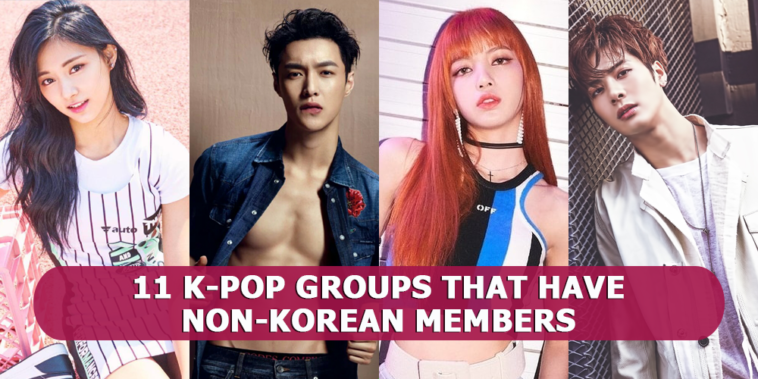 In K-Pop there are two categories of groups, groups are non Mixed like BTS, BIGBANG, Red Velvet…, and others that have many non-Korean members in their groups.

This is a list of Most 11 K-Pop groups that have non-Korean members Ranked, which idol’s original shock you?

The cutest girl group of YG Entertainment contain 1 non-Korean member in their group is Lisa, She is Thaïlandaise, was born in Bangkok, Thailand. There is also Rosé born in Auckland, New Zealand, but she is Korean.

There is 1 non-Korean member still in EXO is Lay, he is Chinese. There were 3 Chinese members (Kris, Luhan, Tao) in EXO, but they left the group.

F(x) contain 2 non-Korean members in their group. there are the Chinese member Victoria, she was born in Qingdao, Shandong, China, and the Taiwanese/American member Amber, she was born in Los Angeles, California, United States from Taiwanese parents.

Seventeen contain 2 Chinese members in their group. there are Jun & The8 (Myung Ho).

CLC contain 2 non-Korean members in their group. Sorn is from Thailand and Elkie from Hong Kong.

Quiz to Play: Top Kpop Quizzes of All kpop Groups

Super Junior’s sub-unit Super Junior-M had 3 Chinese members, 2 members are still in the group are Zhoumi and Henry. But Hangeng left the group.

GOT7 contain 3 non-Korean members in their group. 2 Chinese members are Mark and Jackson, and 1 Thaïlandais member is Bambam.

TWICE is the most girl group from the non-Korean members. Where the group contain 3 Japanese members are Momo, Sana, Mina, and 1 Taiwanese member is Tzuyu.

NCT is the most kpop group from the non-Korean members with 5 members. Where the group contain 3 Chinese members are Win Win, Chen Le, Renjun, and 1 Japanese member is Yuta, and 1 Thaïlandais member is Ten. There are also Mark born in Canada and Johnny born in US, but they are Korean.

Who is your Favorite? Vote Now Below! 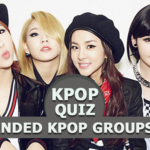 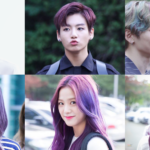