During performance of ”Red Flavor” on ‘M Countdown‘ episode, Irene appeared on stage in a short dress. As you see in the video above, Irene looked uncomfortable with this outfits where she pulled down her dress multiple times.

Many Fans showed their dissatisfaction of this outfits where they observed that Irene was not able to dance with a short dress. Where they comments, “Irene looks so uncomfortable with her dress, its too short…”, “Irene’s having trouble dancing because of her dress…”, “Stop giving Irene inappropraite clothing!”.

To signal it’s not the first time Irene looked annoying with her short outfits. the video below appear also that Irene was uncomfortable with her short dress where she pulled down her dress many times. 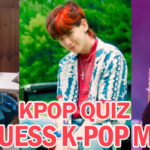